Election Day is only a little over a month away, and it’s a day that should make every U.S. citizen proud. In one single action, you can make your voice heard, and celebrate a government of the people, by the people, and for the people. Wherever you fall on the political spectrum, it is a beautiful thing.

Election day is November 3rd this year and, according to historical trends from the U.S. Census Bureau, only an average of 60% of the registered, eligible voters will cast a ballot.  Millennials and Generation Z will comprise nearly 40% of all eligible American voters, yet we traditionally have one of the lowest rates of youth voter turnout in the world (Forbes).

Voting is a right and a responsibility. It gives us the ability to be part of the political decision-making process that impacts our entire country. That’s why the returning NTHS members at Canadian Valley Technology Center (CV Tech) in Chickasha, OK have made it their mission to not only play their part in the political process, but to encourage their fellow classmates on campus to do the same by getting fellow classmates to make the Rock the Vote pledge and encourage at least three friends do the same. What better way to exemplify the 7 Attributes of NTHS membership (Skill, Honesty, Service, Responsibility, Scholarship, Citizenship, and Leadership), than to take personal action in our nation’s election? 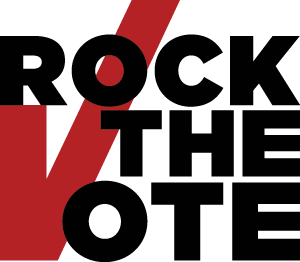 The National Association of Secretaries of State has compiled resources to help you register to vote, checking your registration status, requesting an Absentee Ballot, find your polling place, and even volunteer as a poll worker.

Don’t just sit back and watch democracy happen… Be a part of it!

Thank you for submitting your NTHS chapter information change form.
Someone will contact you shortly.