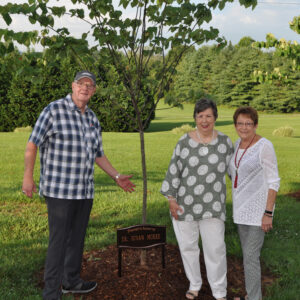 During our Annual Board of Directors meeting last month, we were privileged to spend some time honoring a few of the people that have been instrumental in the founding and supporting our organization. A tree was planted in each person’s honor on the grounds at our national headquarters, and with it,Â  a special plaque.

“In reflecting on the positive impact numbers of NTHS National Board members have made in the life of NTHS, Co-founders, Patricia Poteat and Allen Powell, made the decision to establish an appropriate, enduring, and living tribute in appreciation for their many contributions, faithfulness, and love for NTHS.Â  We aspired to pay tribute to NTHS Leaders and Legends here on the NTHS grounds.Â  The first recipients, were recognized on July 21, 2018 and included;

This year, it is our honor to recognize three more â€œNTHS Leaders and Legends,â€ they are: 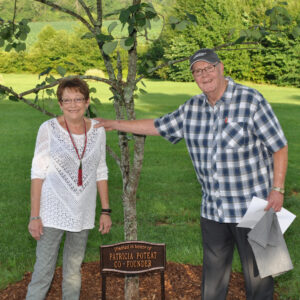 We are honored to celebrate and pay tribute to Mrs. Poteat, Dr. McKee, and Dr. Franks today with the planting of an Eastern Red Bud tree in their honor.”