Noses On for Red Nose Day! 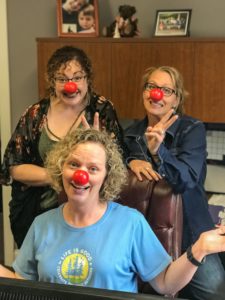 Comic Relief with the goal of creating a world free from poverty. Millions of people participated that first year, and since then, it has grown into a massive global awareness and fundraising campaign.

Red Nose Day’s main mission is to make sure every child on earth is healthy, safe, educated, and empowered for the future. That’s what we call a pretty lofty goal… But since 2015 alone, this organization has raised over $60 million to help kids that are most in need, and these funds are funneled into children’s programs in all 50 states, as well as some of the poorest communities in Latin America, Asia, and Africa. 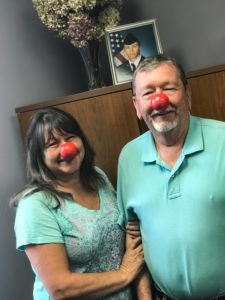 We Want to See Your Red Noses!

Red Nose Day is being celebrated in the U.S. next week on Thursday, May 24th! But (as you can see by our pictures!) the staff here at the NTHS National Headquarters has already donned their red noses! We’re taking up a staff donation, and we’re excited to hear how YOU’RE going to be helping with this project! #GoNosetoNose with us! 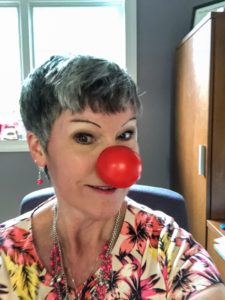 involved! Get your red noses at your local Walgreens (half the proceeds will go directly to the project). Start a fundraising campaign at your school! Send us your red nose pictures, and plan on watching the Red Nose Day Special being broadcast on NBC the evening of the 24th! Tell us your story of how you’re getting involved this year!

All entries can be emailed to us, or posted on our Facebook and/or Twitter pages (but make sure to tag us!), and who knows? There just may be a special prize for the chapter or school that we think is making the biggest impact!