Be the Change: NTHS Members March for Equality 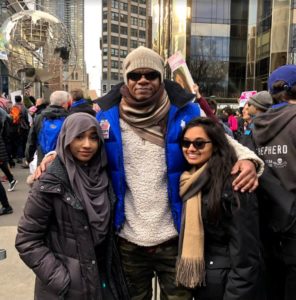 Alex Bell is an NTHS board member, and the advisor of the chapter at Thomas A. Edison Career & Technical Education High School in Jamaica, NY. He writes: 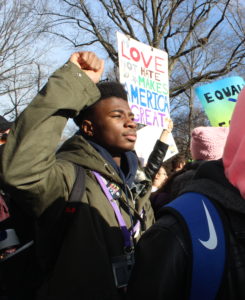 According to the stated goals of the Women’s March (listed below), I believed it was my obligation to not only be there, but also to be certain that I do my best to expose many of the young leaders that I advise at Edison to the “real-world” of “front-and-center” advocacy and political action that would take place to meet the stated goals of the day. This was also a day for these NTHS members (as I expressed to them prior to the event) to be seen and heard in the space of activism for multiple causes to enhance their personal awareness, their community and their country. 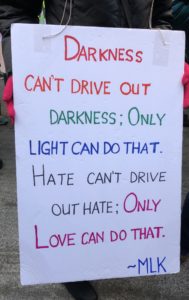 As you will witness in the photos, this was truly an amazing day for all who had the good fortune to put “boots on the ground” for the #NYCWomensMarch!

As a veteran Educator to empower young leaders for a better tomorrow and as a veteran Union Delegate for fair equitable rights for all… this day for me was a blast!!! 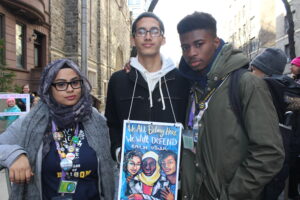 We’re so proud of these NTHS members for taking an active role in affecting the change they want to see, not only in their community, but in this country.

And thank you, Alex, for being a shining example of social activism and teaching your students to do the same!